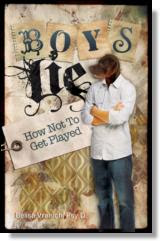 Wow... I count 15. Reading that list was sort of like getting run over by a bus. Needless to say, I have been out with a LOT of jerks.

a girl with a smile said...

Thanks for the review. I am a teen librarian looking to select this for my girls. Glad to know they will hopefully not have to go through any of the same crap I had to with some solid advice.