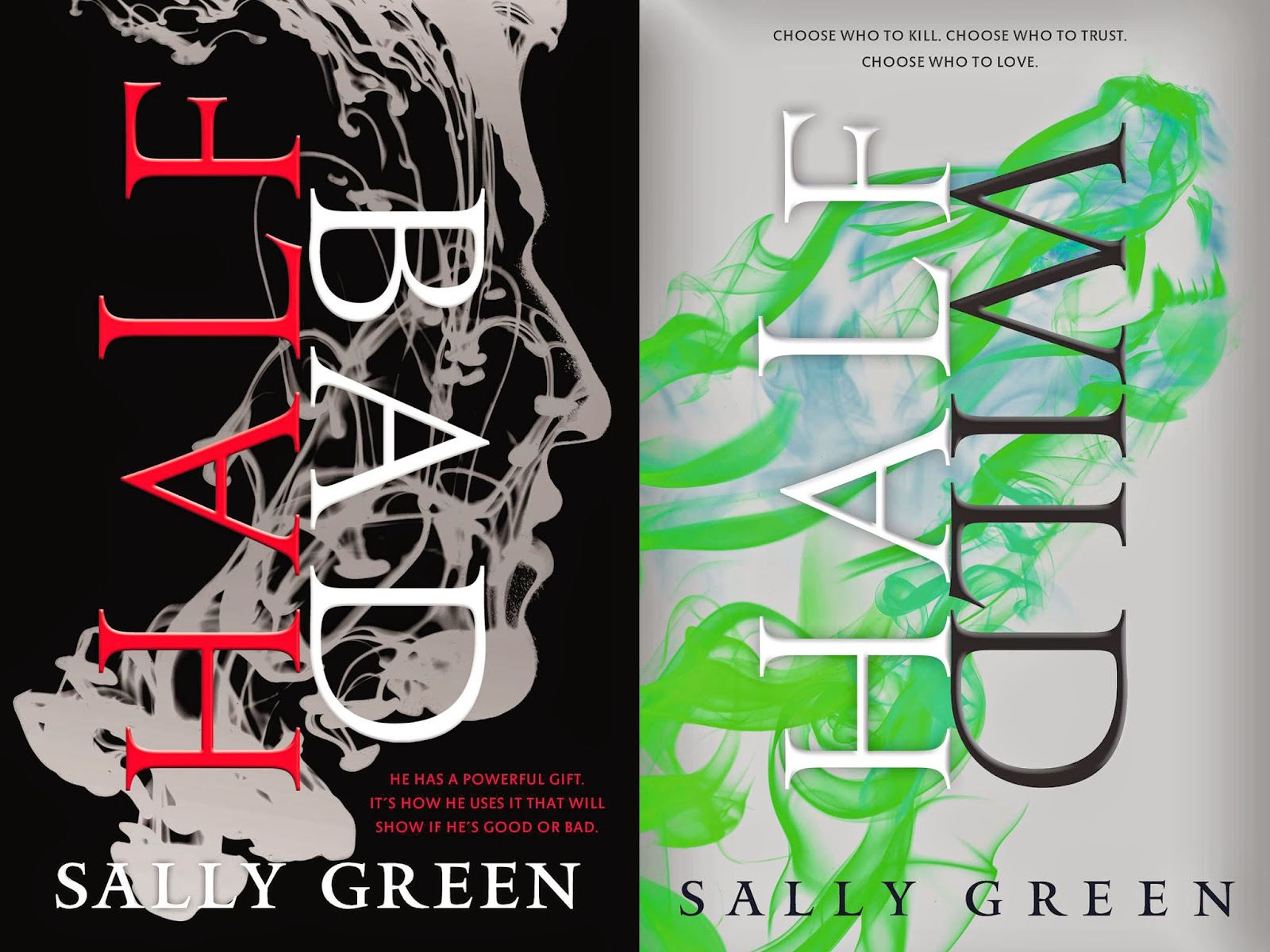 During the frosty, frozen month of February – what's more luxurious than curling up with a chilling book and warming cup of hot chocolate?

This coming March, Sally Green's new book Half Wild (sequel to Half Bad) will be hitting bookstores. That gives you the entire month of February to give Half Bad a read in time for Half Wild. Courtesy of Penguin, one lucky The Lovely Side reader will win a Winter Witches Brew prize pack, including: a copy of Half Bad, a branded tumbler, and hot chocolate mix.

I just received my own copy in the mail. After watching the trailer and reading the reviews, I can't wait to dive in. Sounds like this book is going to be hard to put down.

Click through to learn more about the Half Bad trilogy and author Sally Green, plus enter the giveaway!

He has a powerful Gift. It’s how he uses it that will show if he’s good or bad.

In modern-day England, witches live alongside humans: White witches, who are good; Black witches, who are evil; and sixteen-year-old Nathan, who is both. Nathan’s father is the world’s most powerful and cruel Black witch, and his mother is dead. He is hunted from all sides. Trapped in a cage, beaten and handcuffed, Nathan must escape before his seventeenth birthday, at which point he will receive three gifts from his father and come into his own as a witch—or else he will die. But how can Nathan find his father when his every action is tracked, when there is no one safe to trust—not even family, not even the girl he loves?

In the tradition of Patrick Ness and Markus Zusak, Half Bad is a gripping tale of alienation and the indomitable will to survive, a story that will grab hold of you and not let go until the very last page.

(Half Wild hits stores March 24) In a modern-day England where two warring factions of witches live amongst humans, seventeen-year-old Nathan is an abomination, the illegitimate son of the world’s most powerful and violent witch. Nathan is hunted from all sides: nowhere is safe and no one can be trusted. Now, Nathan has come into his own unique magical Gift, and he’s on the run–but the Hunters are close behind, and they will stop at nothing until they have captured Nathan and destroyed his father.

The Half Bad trilogy has been translated into 47 languages. TIME Magazine calls it "highly entertaining and dangerously addictive." Kate Atkinson says it’s "brilliant and utterly compelling." London’s Daily Telegraph has named author Sally Green "the new J.K. Rowling." Discover the story that readers all over the world are raving about.

About the Author
Sally Green lives in north-west England. She has had various jobs and even a profession, but in 2010 she discovered a love of writing and now just can’t stop. She used to keep chickens, makes decent jam, doesn't mind ironing, loves to walk in Wales even when it's raining, and will probably never jog again. She really ought to drink less coffee. Half Bad is her first novel.

Enter the Giveaway
Prizing & samples courtesy of Penguin. Giveaway open to US & Canada addresses only. There are multiple ways to enter – use the widget below to gain entries. Giveaway closes Friday, February 6 at midnight (central time). Winner will be announced and contacted shortly after.

I'm gonna go with Practical Magic since The Craft is taken. ☺

It's a little obscure (and about warlocks, not witches, but hey ;), but I always loved The Covenant

Deborah Harkness's All Souls Trilogy ( A Discovery of Witches, Shadow of Night, and The Book of Life). I really hope that they turn this series into a television show.