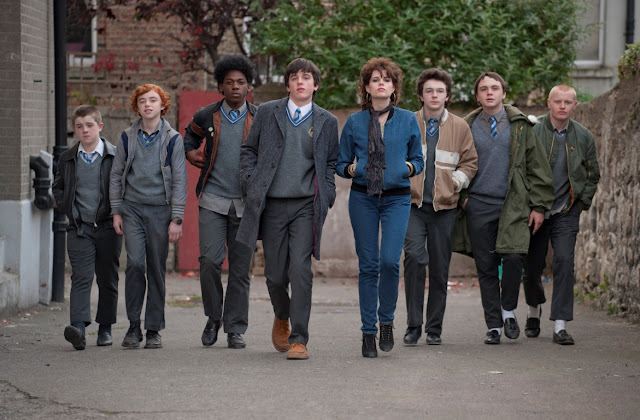 Happy August, lovelies! Today I'm partnering up with Anchor Bay Entertainment in celebration of their new film, SING STREET—a feel-good, coming of age story written and directed by John Carney (Once, Begin Again) featuring the ultimate soundtrack of the 80's. 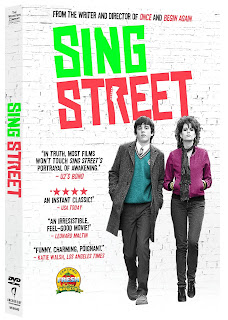 The movie just came out on Blu-ray™, DVD & On Demand last week... but one lucky winner will win: 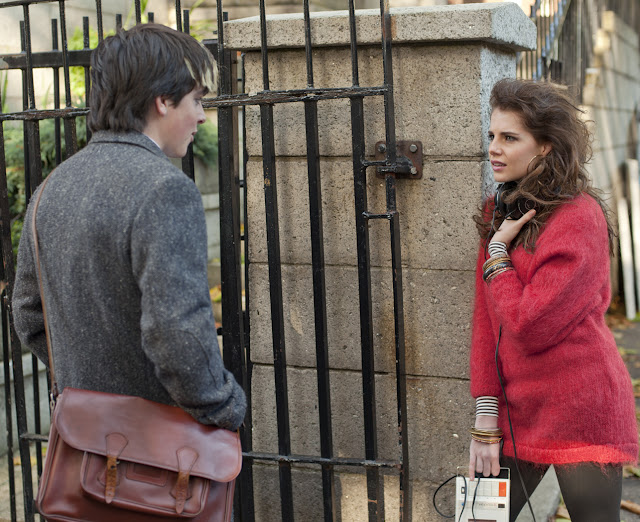 SING STREET takes us back to 1980's Dublin seen through the eyes of a 14-year-old boy named Conor (Ferdia Walsh-Peelo) who is looking for a break from a home strained by his parents’ relationship and money troubles, while trying to adjust to his new inner-city public school where the kids are rough and the teachers are rougher.

He finds a glimmer of hope in the mysterious, über-cool and beautiful Raphina (Lucy Boynton), and with the aim of winning her heart he invites her to star in his band’s music videos. There’s only one problem: he’s not part of a band… yet. She agrees, and now Conor must deliver what he’s promised –calling himself “Cosmo” and immersing himself in the vibrant rock music trends of the decade, he forms a band with a few lads, and the group pours their heart into writing lyrics and shooting videos.

Find out where you can purchase your copy of SING STREET on Go Watch It!

To enter the giveaway, use the widget below. :)
Open to US mailing addresses only.
Prizing courtesy of Anchor Bay Entertainment.

a Rafflecopter giveaway
Disclosure:
The Lovely Side did not receive any payment or compensation for this post, aside from the prize package for one winner provided by Anchor Bay Entertainment.

Email ThisBlogThis!Share to TwitterShare to FacebookShare to Pinterest
Labels: Giveaway

I liked Every Breath You Take-Police.

With or Without You by Joshua Tree is my favorite 80's song.

My favorite is Girls Just Want to Have Fun

Total Eclipse of the Heart.

My favorite 1980's song is Truly by Lionel Ritchie.

That's so hard!!! I'm just gonna go with the last one I heard and love: Cruel Summer.

Trip to Jerusalem, Stop Dance, Newspaper Dance, Bring Me, Relays, Hot Potato, Pin the Tail on the Donkey, and PinataPinata is popular games at children's parties. You can try Murder mystery games.

Free site surveys with reports on results and advice on what to do next should be available from London vermin control companies. Risk evaluations, as well as detailed estimates and expenses for work, should be provided. Carpet moths treatment