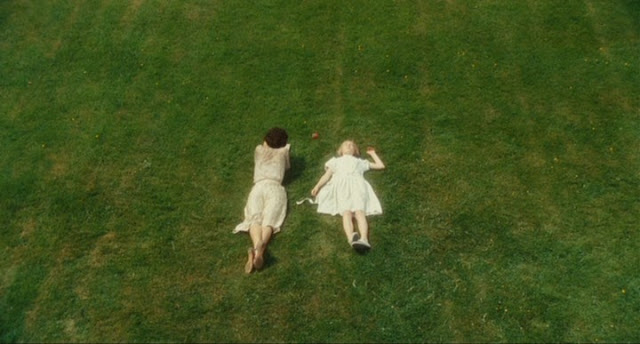 Doesn't this^ picture make you long for summertime?  Atonement is one of my all-time favorite movies.  Number one, I love Kiera Knightley in period period pieces.  Number two, I loooove the house that Cecilia and Briony live in.  And number three, the film itself is just stunning.  I started the book once, but since it's such a deep read I postponed it until I have the time to truly absorb it.  In the meantime, I got inspired to create two boards showing the decor contrasts between sisters Cecilia and Briony.  These aren't replicas of the film set.  In fact, I didn't look up any pictures of the set for reference.  These are simply my modernized interpretations of the girls' bedrooms. 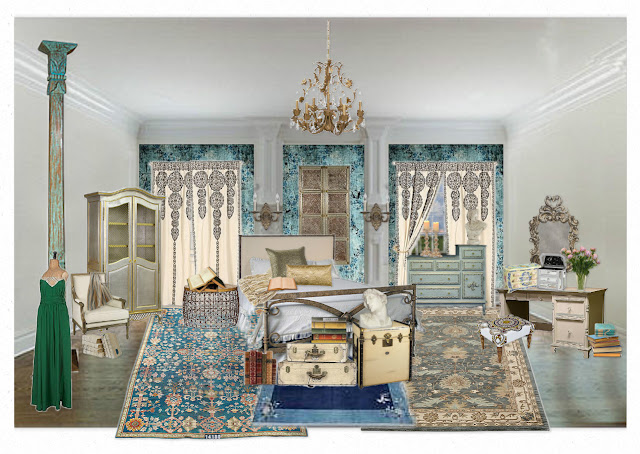 Let's begin with Cecilia since she's my favorite.  As described in the novel, Cecila's "room was a stew of unclosed books, unfolded clothes, unmade bed, unemptied ashtrays." Disorder. A world of "ludicrous, limp, sexless" things. Pearls, lipstick, clothes, mirrors.  In her early adulthood, Cecilia is concerned with matters of appearance.  She wants to show how sophisticated she is and how fashionable she is.  Her room is untidy since she has "better things to do" than keep it spotless.  She's in her social prime, going to college, and looking for marriage.  I imagined her room as something rather disorderly and maybe dim with the curtains drawn closed.  Books scattered about, clothes draped on furniture, open jewelry boxes on the vanity. 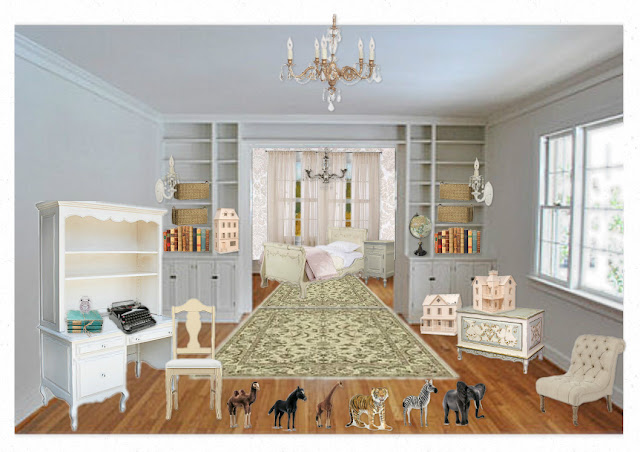 Meanwhile, Briony's bedroom is a stark contrast.  Briony not only differs from her sister in age, being several years younger... she also has a different personality and temperament.  "Briony's (room) was the only tidy upstairs room in the house. ... In a toy safe opened by six secret numbers she stored letters and postcards. An old tin petty cash box was hidden under a removable floorboard beneath her bed. In the box were treasures that dated back four years, to her ninth birthday when she began collecting: a mutant double acorn, fool's gold, a rain-making spell bought at a funfair, a squirrel's skull as light as a leaf."  Briony is a child, but quite an usual one.  I imagined that everything in her room had its place---from her toys that she still plays with to her typewriter that she uses to construct her stories.

Email ThisBlogThis!Share to TwitterShare to FacebookShare to Pinterest
Labels: decorating, On Screen Decor

Just wanted to let you know that I'm holding a $50 shopping spree giveaway contest! You can check it out with the link below.