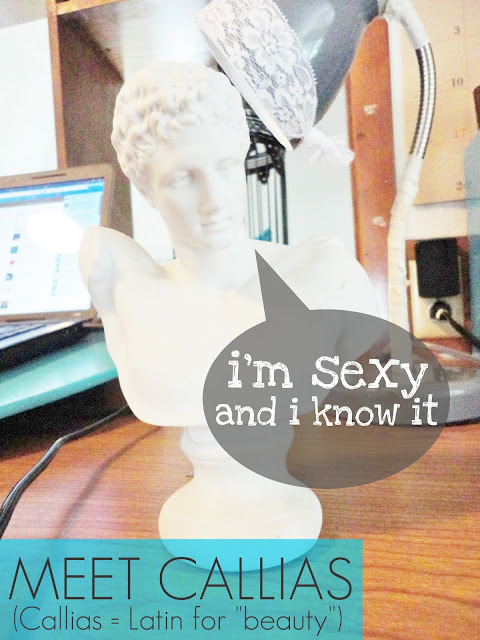 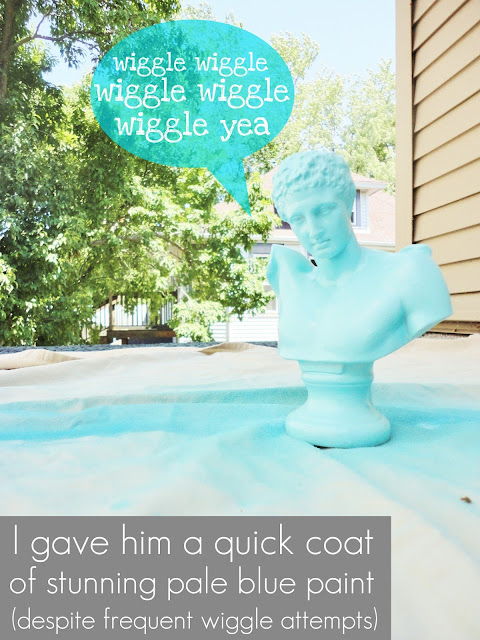 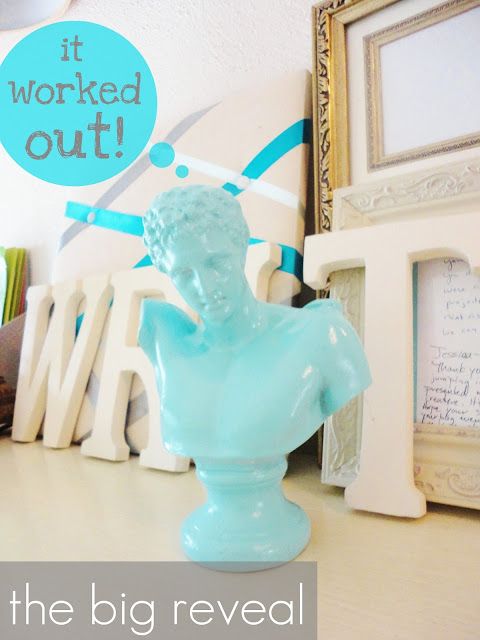 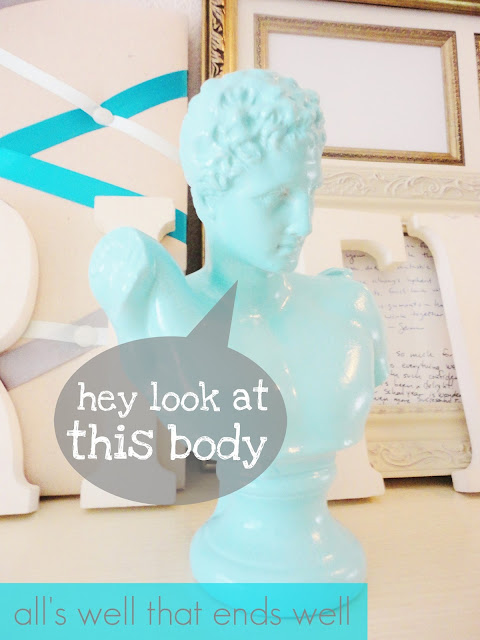 Great post! It made me laugh. :) And I love that color!

Haha! Love this post. You are on a spray-painting spree! I love your bust (that sounds bad, but I think you know what I mean. haha).

That's a bust of the Naples Narcissus - not Greek at all - hope it wasn't a real antique as you've ruined it!

Thanks for the extra info! Nahh, it wasn't a real antique worth anything. ;) Good thing though!